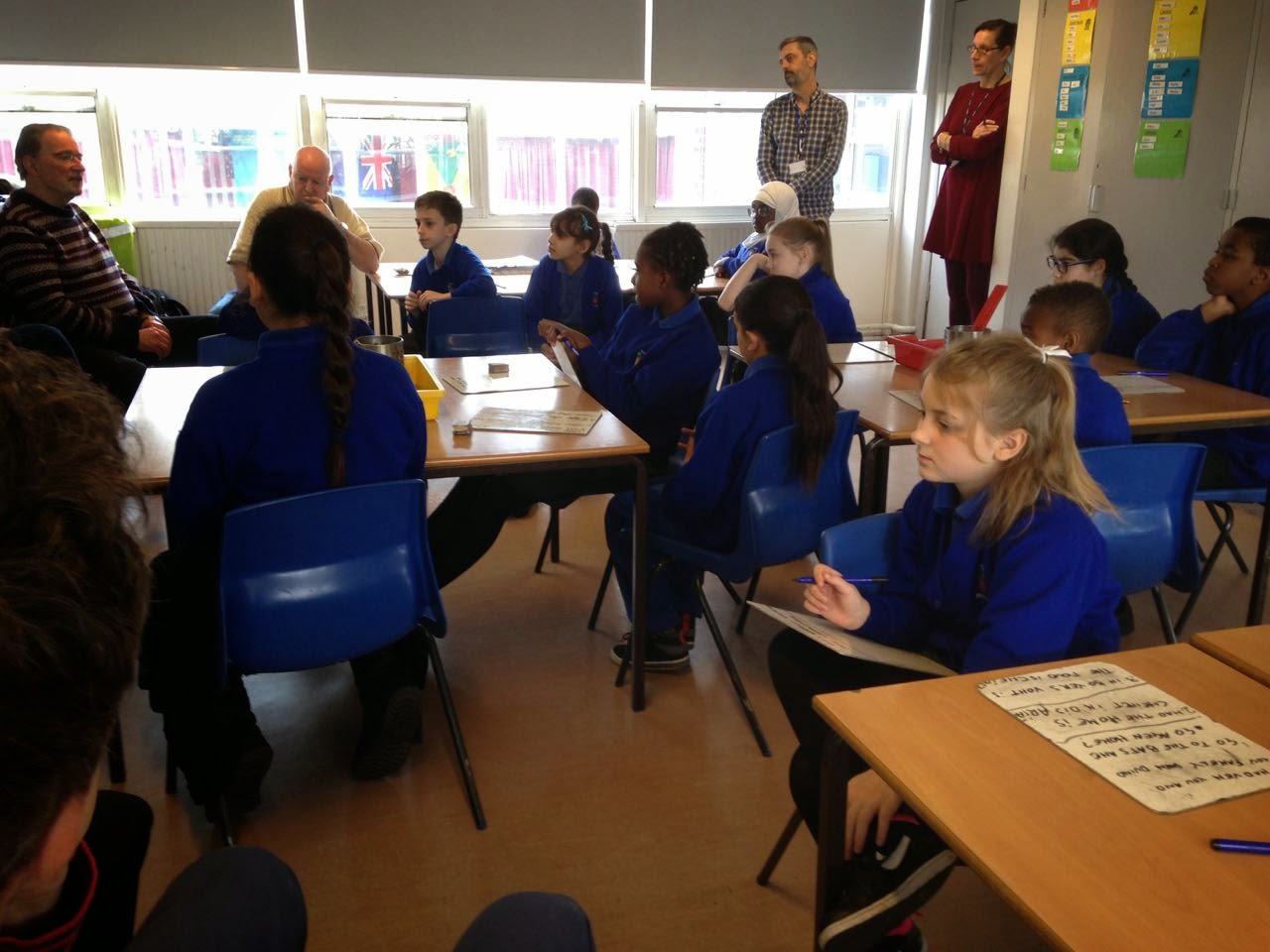 On the third day we met the interviewees and we had a talk to them about their history in this area.
Eight people came in who had been living in the area for many years and had been involved in many local projects. We were told fascinating stories about events such as the campaign against the Westway, the race riots in 1958 and other tales of local life.  One lady called Delilah was a pupil at Barlby in the 1960's and she talked about being a mixed race child at the time. She told us about not fitting in with either group and trying to scrub her skin white in the bath. Each person sat with different tables of children and talked about their life. One man called Alan told us of all the naughty things he did as a kid - all the trouble he got into!!! He also said that when using the outside toilet in winter he had to take a stick to break the ice in the bowl. 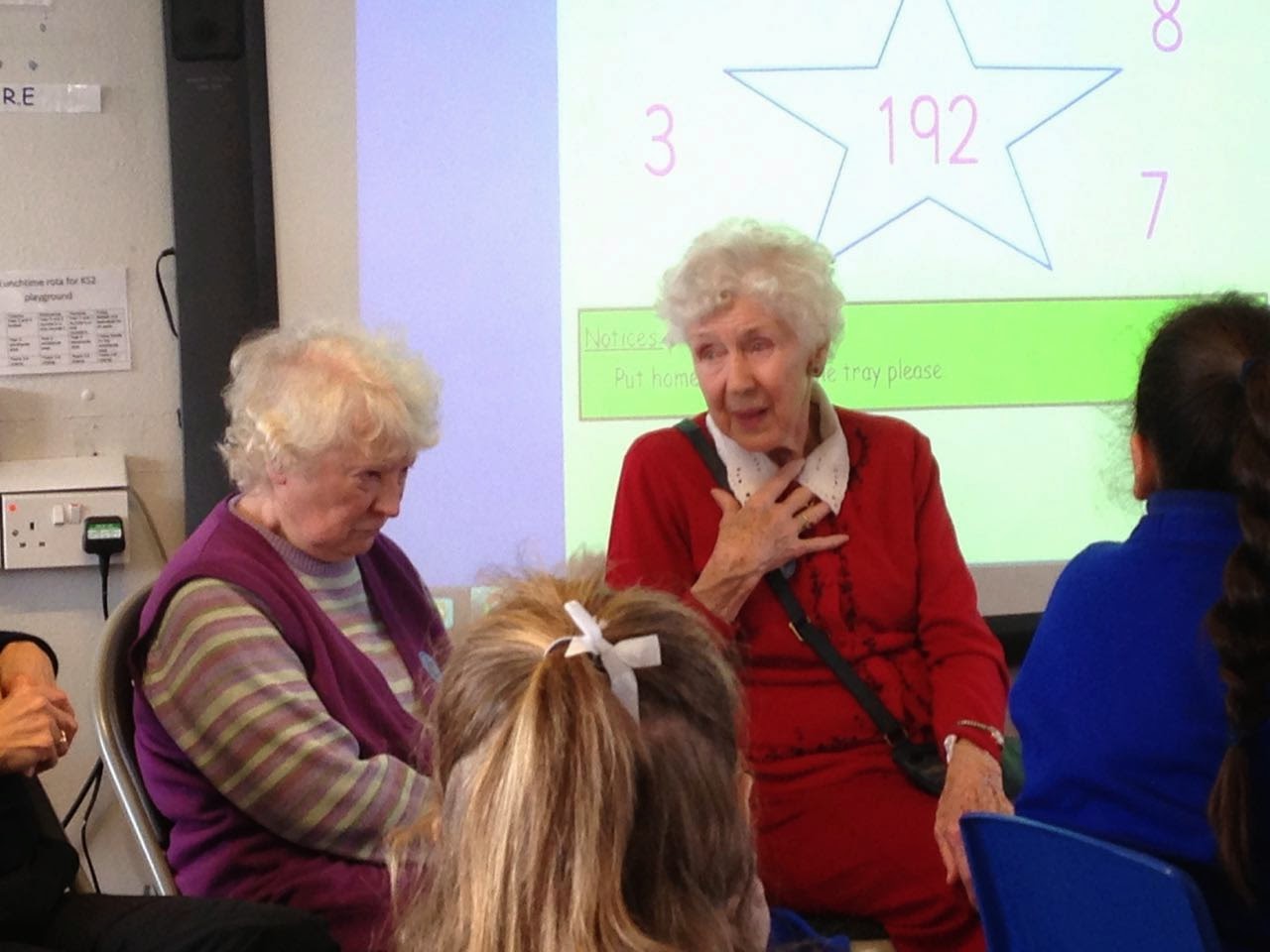 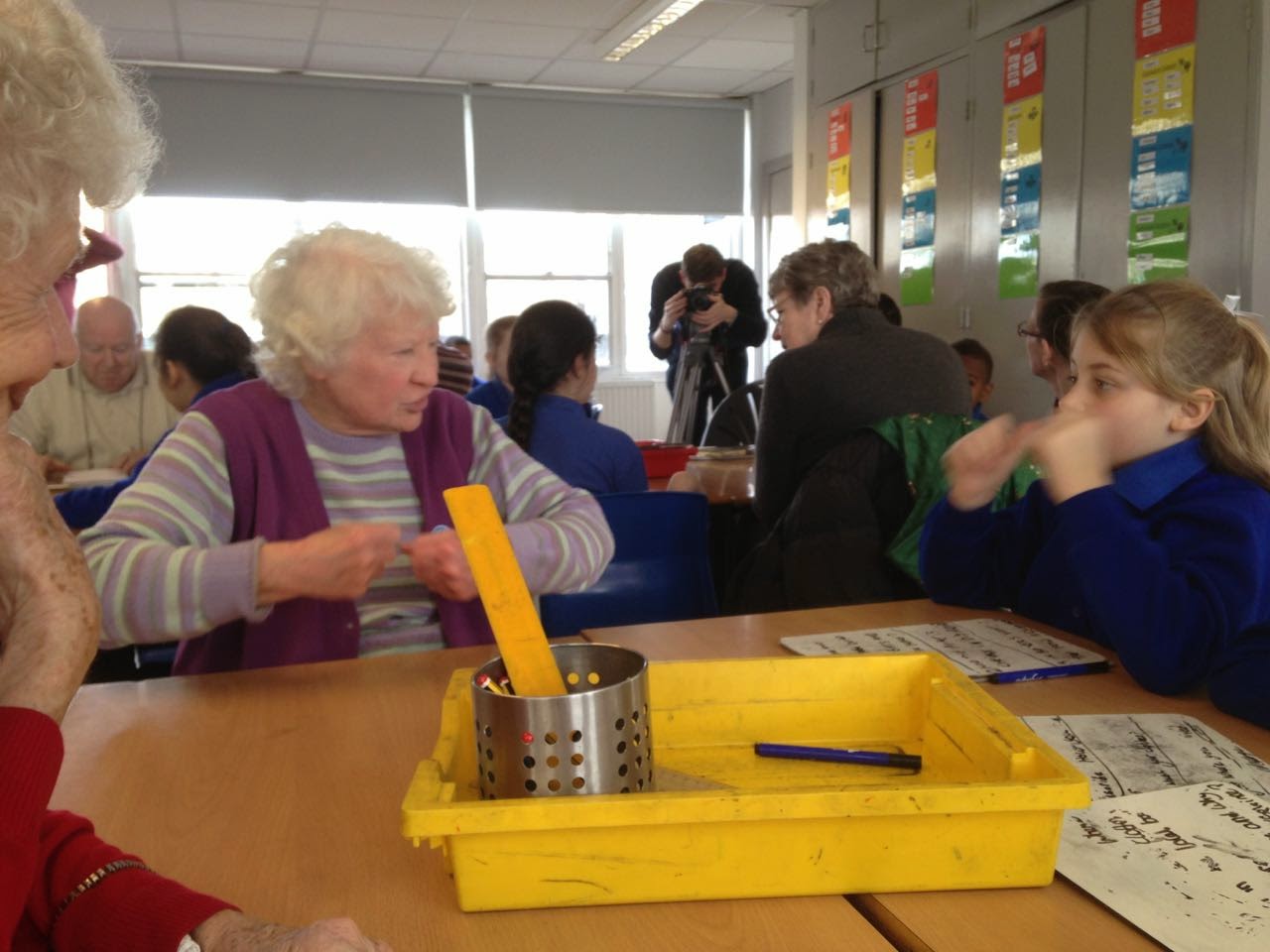 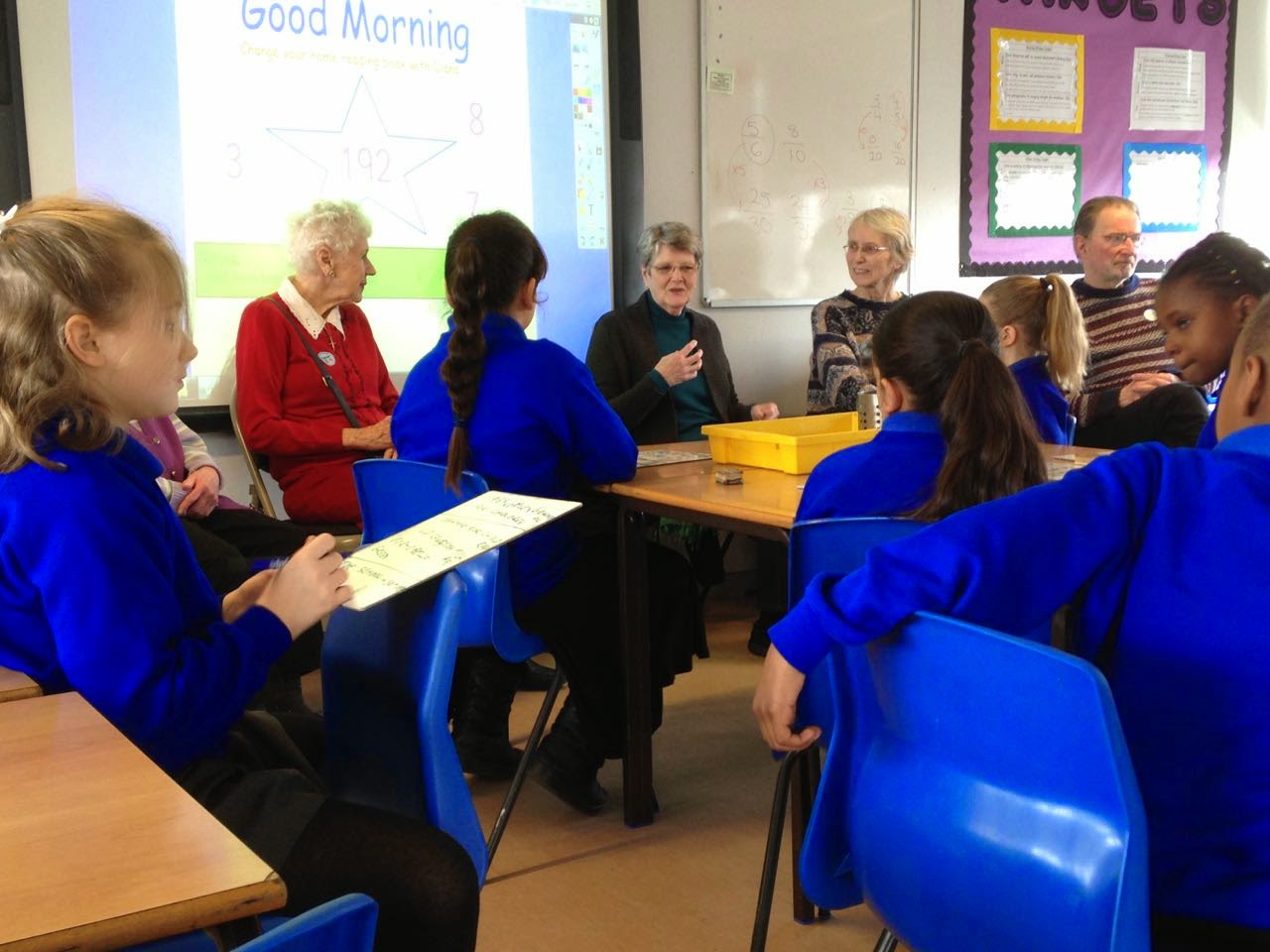 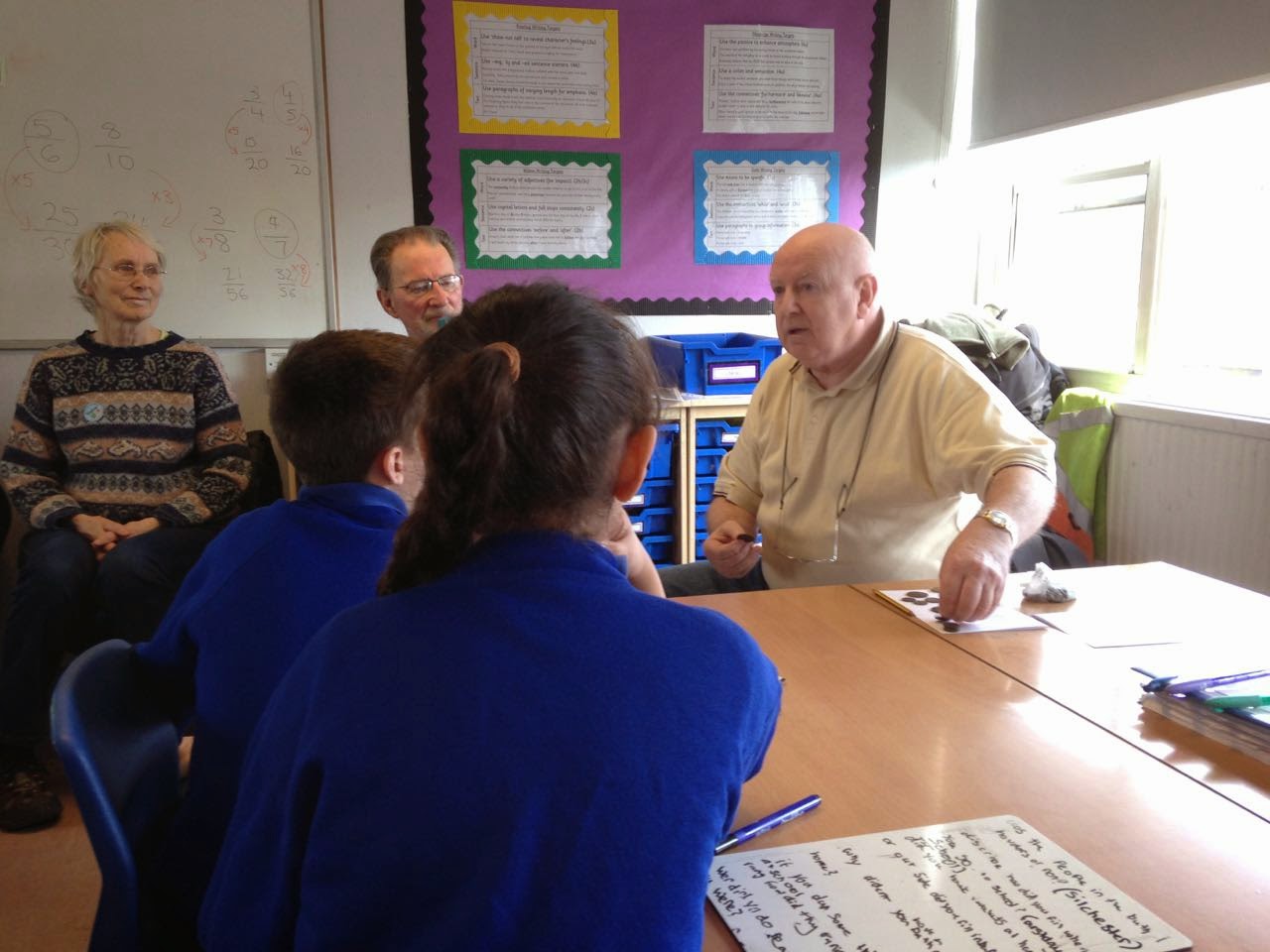